El Bierzo DO is a wine region tucked away in the province of León – among the
most exciting Spanish frontiers and source of some of its most qualitative wine.
The fertile plain and forests of this lush valley situated between the Montes de
Leon and Cordillera Cantábrica mountain ranges is referred to as the ‘gateway
to Galicia’ as it’s geography is a funnel into this verdant corner of northwestern
Spain. Though it’s a relatively small wine growing area, it benefits from a special
micro-climate that is equally conducive to cultivation of both red and white vine
stock. Home to 55 principle vineyards and despite being a lesser-known region
in terms of international markets – it’s producing an impressive11 million liters
of wine annually and still sustainably expanding.

Under the watchful guidance of master wine maker, José Luis Vázquez Santín,
Bodega del Abad (‘the Abbot’s Cellar’) has only been active as an independent
producer since 2003, but already boasts a loyal following that was reinforced
by a surprising release a couple of years ago of a 2001 Crianza-grade cache
that had been hiding somewhere in the very back corners of their cellars. This
week’s offering of a 2006 Crianza is also surprising. In both cases, we are well
beyond the typical 2 years of combined ageing in barrel and bottle mandated
by Spanish wine laws. This presumably translates into the vintner exercising
a significant amount of patience in deciding not to release stock before better
assuring that the vintage has the right balance of having become fully rounded
and mature but still possessing a fruitful vigor.

These attributes are due in part to modern production techniques being applied
but also a result of the innate potential of Mencia. Indigenous to the Bierzo, this
variety is now considered to be one of the four most important Spanish reds.
Producing small, compact clusters of medium-sized berries, its newfound
popularity is based on an ability to yield age-worthy wine at a relatively modest
price point. In the case of this week’s featured vintner, Bodega del Abad’s 35
hectares of vineyards are located up on steep terrain made up of quartzite and
slate-laden soils. The mix of old vines, with some approaching 70 years-of-age,
are producing meticulously handpicked and hand-sorted grapes, creating wine
with a characteristic, velvety palate.

This is ready to go now and likely to fly off the shelves quickly – so buy enough
to get you through the upcoming Fall and Winter while you can! 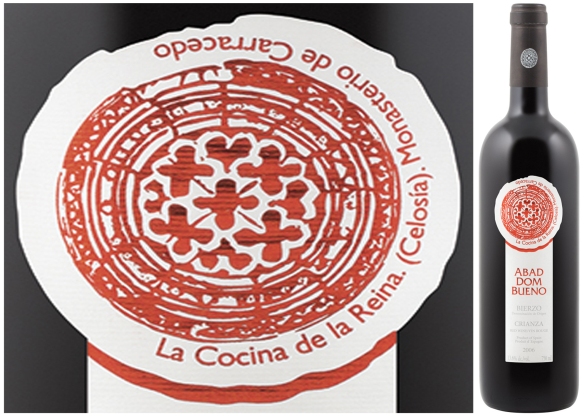