At some point toward the end of the Iron Age, Celtic-speaking peoples from Gaul began to migrate south across the snow-capped Pyrenees mountains and their permanent glaciers, settling into the rich pasture lands and forested valleys of northern Iberia. Along with providing the basis for a new language, Celtiberian, they’re also reputed to have brought with them a peculiar and potent recipe for fermenting wine blended with honey; resulting in exceptionally high levels of alcohol content. As historical conjecture, this might be seen as a premonition for the vacillating reputation of Spanish wines during most of the 20th century. Nonetheless, throughout all its ages of experience and experimentation, Spain’s vintners have always produced some exceptional red and white wines; fashioned from a host of characterful, largely indigenous grape varieties. What has more uniquely evolved in the course of the last quarter century, is the commitment by a cadre of younger winemakers to increase, markedly, the proportion of quality wine vs. the bulk volume that was common practice in the past. Gracias España! 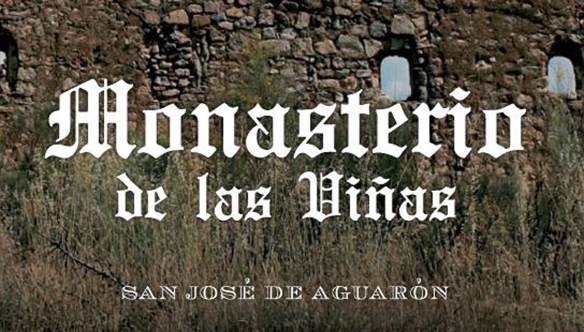 Blessed with various soil types; a continental climate, whose extremes of day to night temperature shifts are tempered by the Cierzo wind; abundantly irrigated by the Ebro River and its tributaries, this dynamic landscape is agriculturally well suited to livestock grazing, grain production, fruit orchards, and grapevines. The rich potential attracted Roman and Moorish conquest before consolidating and prospering in the Middle Ages as the Kingdom of Aragón. Modern-day Aragón has remained an autonomous territory within Spain’s federated patchwork, and centered in its three provinces; Zaragoza is the prolific heartland of its winemaking. For this DéClassé recommended Monasterio de las Viñas, Gran Reserva 2007, the source lies 50km south of the provincial capital in Cariñena. Among many distinctions, the Cariñena DO was the first Spanish sub-region to earn and be granted official status in the 1930’s. In turn, the Cooperativa Viticola San Jose De Aguarón is one of the oldest of five grower’s cooperatives who produce and market their wines under the innovative umbrella group, Grandes Vinos.

This featured bottling is a robust blend of 60% Garnacha Tinta, 10% Cariñena, and 30% Tempranillo, with fruit harvested from mature 40-year-old vine stock. The clay soils of the Aguarón vineyards provide critical water retention and lend character to the wine; the rocky overburden provides the distinguishing moniker of Vino de las Piedras (‘wine of Stones’). To qualify as Gran Reserva , this blend spent 24 months in a mix of French and American Oak barrels, then another 36 in bottle before being eligible for release. In Cariñena, 2007 is on record as a noteworthy vintage, whereas forecasts for the pending arrival of the 2008 bottling are far less favourable/assured. So, despite being an LCBO’s ‘Vintages – Essentials’ listing that’s available year-round, you might want to stock up on enough of this amply charming version to side-step the next one!

Tasting Note
Medium-bodied and smooth, this mature red has a lively edge to its mix of dark berry aromas and flavours, accented by the expected Eucalyptus notes. In having achieved a balance of acidity and tannins, this bottling could transition seamlessly between a hearty aperitif to dinner wine offering. Try serving with a spicy sausage Paella, braised lamb or roasted vegetable Ratatouille.