Distinctively marking the labels of this terroir-specific wine line is a dramatic four-armed Visigoth symbol dating to the 7th century. Later known as the Languedoc Cross or Cross of the Cathars, the four elements and twelve points of the zodiac represent the perpetual rhythms of time and nature. The vintner’s apt emblem also includes two doves drinking from a single cup–expressing both sharing and communion. Begun by Georges Bertrand, a winemaking pioneer in the Languedoc region who diligently built a spirit of cooperation among the local growers of south-western France in the 1970’s, the Bertrand winery has consistently been at the forefront of quality development for an impressive range of regional wine styles. The multi-generational philosophy is being carried forward by the founder’s son, Gérard Bertrand, with an expanding portfolio of ten estates, 550 hectares of vineyard and production facilities based in Narbonne–the onetime capital of a prosperous Roman coastal province called Gallia Narbonensis.

One of the world’s most extensive wine growing regions, Languedoc is a Mediterranean landscape of windswept scrubland with the geology of greyish-white, calcium-rich limestone. The eroded soils of this ancient seabed make for a rich base where wild lavender, thyme, and undulating rows of gnarled Carignan, Cinsault, Grenache Noir, Syrah and Mourvèdre grapevine thrive. As with the land’s nature, the AOC wine regulations of this free-spirited region are somewhat less stringent than in the neighbouring Burgundy or Bordeaux appellations to the north; allowing for the cultivation of a broader range of vine varieties and blending proportions.

The Minervois sub-region in Languedoc benefits from a relatively hot climate that’s bordered by the clay and schist soils around the Canal du Midi to the south and the stony limestone slopes of Montagne Noire to the north. These factors in the terroir infuse a distinctive flinty character into the finished wines. That’s very much the case for this DéClassé recommended Gérard Bertrand Minervois Syrah/Carignan 2015. To soften the steely edges, the Syrah and Carignan grapes had undergone a malolactic fermentation before the blended batch was aged in 225-litre Bordeaux oak barrels for eight months and then rested in bottle for another year.

Though you will find many offerings from this prolific vintner on the regular shelves of the LCBO, note that this particular release is only stocked in the Vintages section, in a limited volume that historically sells out quickly. During the warm months ahead, dare to try this ripe and fruit-forward red slightly chilled! 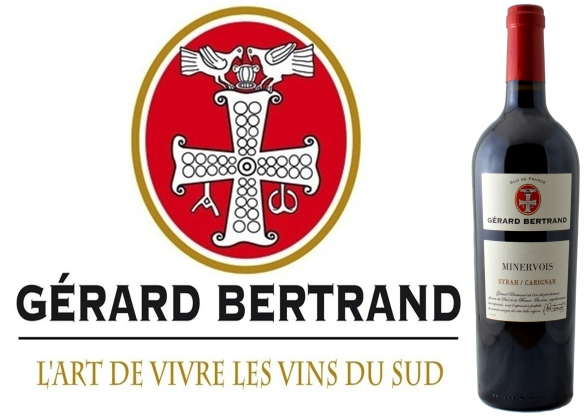 Made in Midi, France
By: Gérard Bertrand
Release Date: August 4, 2018

Tasting Note
This somewhat earthy red wine, with its dark fruit flavours accented by olive and coffee notes, also has a robust body and structured tannins. Best with foods such as a marinated grilled brisket, basted ribs, veal meatballs in a piquant tomato and olive sauce, fire roasted vegetables or with stronger cheeses, Spanish Jamón Serrano and sausage appetizers.