Several hundred years after the disintegration of the Western Roman Empire, a 6th-century Germanic tribe known as Longobards (‘long beards’) pushed south from their territorial occupation of northern Italy. The campaign objective for this ‘barbarian horde’ was to expand their realm into the Campania region: lying two-thirds of the way down the west Italian shoreline of the dazzlingly blue Tyrrhenian Sea. Circa 570 CE, dominion over the lands around Naples; the island of Capri; Salento and Pompei, was being challenged by numerous peoples including the sea-borne Byzantines who also weren’t native Italians. Having prevailed along the coast, the Longobards turned their ambition to the central farming provinces, attracted by their fertile valleys and temperate continental climate. History records the incursion as ‘Conquest of Benevento’ after which its bearded tribal victors became better known as the Lombards. Over the next 200 years, and far from validating the dark spectre of plunder and pillage, the relatively benevolent rulers of this Duchy of Benevento fortified the hilltop towns as security for local populations; they promoted agriculture and even experimented with the cultivation of Italian/German hybrid grapes!

In among the Montevergine and Chiusano mountains, the Irpinia sub-region is home to both a pastoral culture and a rugged rolling landscape of Juniper, Oak and Chestnut forest, sharing space with olive grove, vineyard and fruit orchard. Perched on a ridge dividing the Saturday and Calore rivers is the Lombard-era village of Montefalcione: host to this week’s DéClassé recommended Tenuta and their sophisticated and beguiling, Donnachiara Irpina Coda di Volpe 2013. Within a long list of regional synonyms such as Pallagrello Bianco, Guarnaccia or the playful Coda di Pecora (‘tail of the sheep’), the golden, trailing and tail-like clusters of Coda di Volpe (‘tail of the fox’) distinctively mark this less-heralded grape variety. Out of favour for a time, the resurgent vine likely had its roots on the volcanic slopes of nearby Vesuvius before comfortably taking a second home in the vineyards of the Irpina DOC.

Some white wine styles, particularly ones which have been partially oaked, reveal their qualities boldly, if somewhat short-lived. Others, as with this feature, seem light and lean initially, then surprisingly blossom with structured layers of flavour and body–when combined with appropriate food fare. In large part, this is the dynamic potential of the source fruit, though it also reveals the depth of expertise built up over successive generations of vintners, refining unique vine varieties. Here, the result is a fresh varietal wine that’s spent six months in Stainless Steel tanks only, so its youthful verve and vibrancy has been delightfully preserved.

Alongside a resilient foundation of a regional culture steeped in wine, food and art, the adopting of sustainable practices and employing modern finishing techniques are revitalizing Campagnia’s winemaking traditions. As an example, this rewarding offering from Montefalcione demonstrates just how accomplished they’ve become in crafting terroir-specific wines while proudly championing indigenous vine stock and its characterful grapes. Bellissima! 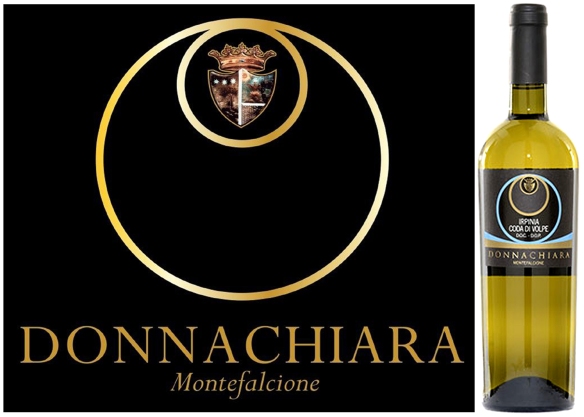