20 centuries ago, in one of the newly conquered lands bounded by the Danube River, the legendary Roman military commander Tiberius capably recognized the untapped agricultural potential of its valleys and plains. After having subdued the Celtic and Ligurian tribes who were loosely allied in the kingdom of Noricum, he set about establishing a legionary encampment that would grow into a large and prosperous regional capital, Carnuntum. Apart from mining the ore-rich mountains for iron, which provided high-grade steel weaponry to the empire; the settlements other success was in developing farming estates in the nearby territories, eventually including Kamptal (Kamp River Valley). To fulfill a Roman social philosophy that deemed wine a daily necessity for all classes of society, from slave through noble, these ‘provincial Romans’ introduced terraced vineyards as an agricultural innovation. The technology allowed growers to exploit the underused sloped terrain; expanding the cultivation of indigenous grapes such as the one they termed Veltin; resulting in a significant boost of harvest yields and the local wine supply. In the modern age, this corner of central Europe became known as Niederösterreich (Lower Austria) and one of the distinctive wines that Austrian vintners have become uniquely expert at is called Grüner Veltliner.

Primarily grown in Austria, Grüner Veltliner (Grew-ner Velt-leen-er) is a flagship white wine variety making up nearly a third of all plantings–with spillover into the neighbouring Czech Republic, Hungary and Slovakia. As a hardy and prolific vine, its suitability to these terroirs is tied to the rich löss (wind-blown soils) that have built up in the geography of ancient volcanic calderas; settling overtop of crushed stone beds that provide drainage for mildew-free growing conditions. As of 2009, Austria’s wine laws have evolved to include DAC designations for both Veltliner and Riesling wines; to clearly distinguish between the regional sources of the fruit and to promote higher mean levels of quality. Additionally, the bottling is graded and priced according to either a ‘Classic’ finishing style (12.5% abv with no wood influence) or ‘Reserve’ (13.5% with some integrated wood allowable). As with this week’s DéClassé recommended Rabl Grüner Veltliner Langenlois 2013, the ‘Classic’ version is somewhat lighter-bodied, unoaked and largely intended to be enjoyed as a fresh, zingy young wine that blooms with food pairing–and so it does!

70km northwest from Vienna, the Kamptal DAC is centred on the Baroque-esc town of Langenlois. Surrounded by forested mountains and ringed by vineyards, this idyllic setting has been home to Weingut Rudolph Rabl for 265 years. In the mid-18th century, 20 hectares of estate land began as a traditional farm with mixed crops and livestock. After adding grapevines, the business was confined to selling bulk wine in barrel to local innkeepers until the early 20th century. In 1986, Rudolf Rabl Junior was enlisted into the family business and his father’s passion, which allowed the winery to expand to 80 hectares; becoming one of the largest estates in the valley. The distinctive icon of a green Raven depicted on Rabl (‘little Raven’) labels represents their line of well-crafted, entry-level wines being offered at an exceptionally attractive price-point.

All in all, it’s taken some time for North American markets to embrace white wine styles other than the enduring stars such as Chardonnay, Sauvignon Blanc, Pinot Grigio and Soave. So, in the spirit of more deeply exploring the horizon of your established tastes, add this varietal wine to your DéClassé recommended list of alternate, characterful dry whites: Sylvaner, Picpoul de Pinet, Tsinandali, Gavi, Pecorino, Sèvre et Maine, and Vinho Verde. Consider buying half a case while being reminded that Grüner Veltliner offers the promise of longevity in the bottle: making it a worthy candidate for some short-term cellaring over the next 2-5yrs. 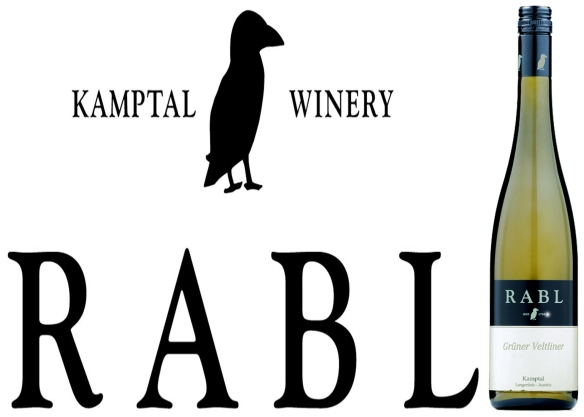 Tasting Note
This is a bright, fresh and elegant wine with flavour notes of apple, lemon balm and lime, delicate pepper spice, loads of ripe acidity and an intriguing minerality through the remarkably long finish. As apéritif, serve with prosciutto crostini, smoked fish, or with mains of veal schnitzel, grilled asparagus, and white sauced artichoke.