The Limestone Coast lies about halfway between Melbourne and Adelaide, and its agricultural regions have been diligently diversifying their traditional farming of cereals, pasture seed, vegetables and livestock grazing. As of the 1960s, they’ve also embraced the stepped challenges/rewards of grape growing and winemaking — so much so that they now produce 20% of South Australia’s total. Spanning five family generations, over a 165-year history, the Bryson farming clan has made a significant contribution to the shift, having invested the last 50 yrs. in refining the cultivation of premium-grade, red and white wine varieties, on their own Phylloxera-free rootstock. Clearly, all the vineyard management details matter to the dedicated trio of Bryson brothers; they’re also at ease with the sentiment that what ends up in the bottle is serious fun! 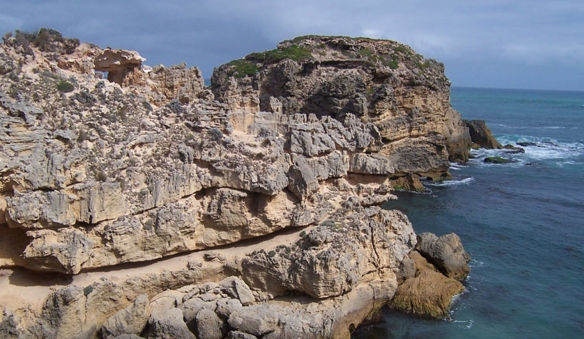 Padthaway is an emerging, less-renowned member of the six sub-regions lying within the Limestone Coast boundary; directly competing with the established international profile of neighbouring Coonawarra: rightfully and highly regarded for the qualities of its benchmark bottlings of Shiraz. The Potawurutj Aborigines coined Padthaway’s name (‘good water’), referencing the underground aquifer system and the abundant surface supply. When the forbearers of the Bryson’s and other Europeans arrived in Padthaway during the 1850’s, the bio-diverse landscape (ancient seabed) was still extensively covered by shallow freshwater and so became known as ‘Mosquito Plains’.

Among many desirable attributes at work in this terroir, including sun-drenched exposures in daytime offset by the cool coastal breezes at night are the prized Terra Rosa soils. Often associated with the Mediterranean basin generally, and Italy in particular, this composition of ancient weathered limestone results from the residual clay and non-soluble rock becoming oxidized (rusting); yielding the characteristic reddish colour; imbuing the soil with essential minerals and good drainage for the vine’s root system. Punctuating 190 hectares on the Bryson Estate are outcrops and clusters of unusual, bulbous granite rock formations; providing an evocative namesake and brand graphic for their baseline range of wines: the Jip Jip Rocks.

This week’s DéClassé featured varietal bottling of Shiraz was finished by blending batches from the 2013 vintage, after spending a year in a combination of new and used, American and French oak barrels. With another 15 months in the bottle, it’s ready to go now, though it will develop even more balance if left on your storage rack for several more years. If you like your dry reds on the plush side, with some youthful fruitiness and acidic vibrancy still at the forefront, then you should rush to the LCBO’s Vintages section ahead of the anticipated crowd — and buy a bunch! 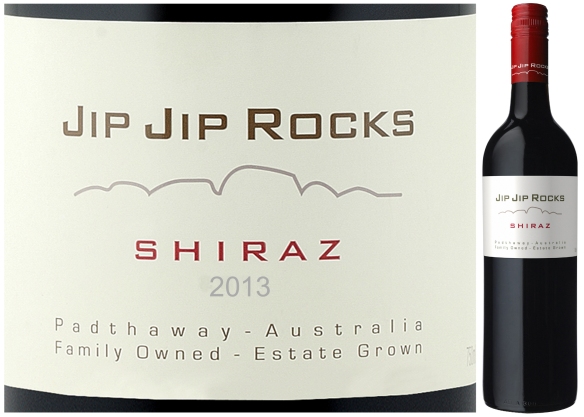