First conquered by Julius Caesar in the 1st-century BCE, Alsace was a prized tract for agriculture in the Roman province of Prima Germania for 600 years—before becoming part of a Frankish Duchy in 496 CE. After an extended period as a buffering borderland in the Holy Roman Empire, it was annexed by French troops in the late 17th-century as a territorial spoil of the 30 Years War. For the next 350 years, the strip traded Germanic and Franco occupation before settling as a hybridized people and culture within modern-day France–and so it also is with their fashioning of wine. 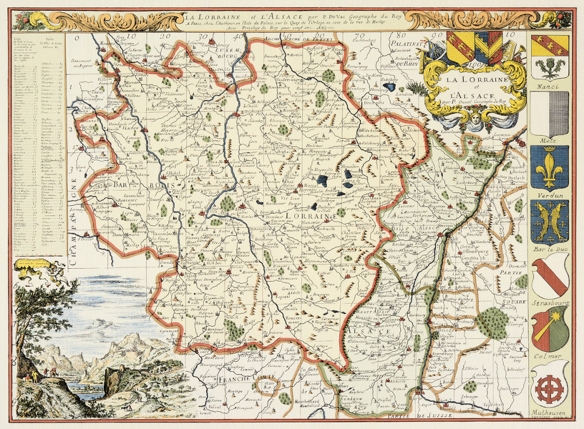 The Alsace AOC (Appellation d’Origine Contrôlées) was established in 1962, and its relatively stringent winemaking guidelines reflect the pride and ambition by Alsatians to codify their vinicultural expertise. Anchoring the northeast corner of France, this is the largest of 3 related appellations; representing 75% of the region’s vintners. Their output of varietal whites such as Riesling, Gewürztraminer, Pinot Gris, Pinot Blanc, and this week’s DéClassé featured Sylvaner, are widely regarded as more fulsome versions of the sometimes, too-lightweight counterparts produced elsewhere. In prudently embracing high AOC standards, particularly the preference for quality over quantity, Alsatian vintners are guarding the regional character that’s taken centuries to forge. Arguably, they remain in a leadership role for the cultivation and refinement of cool climate wines; just ahead of the burgeoning competition, across the border in Germany! 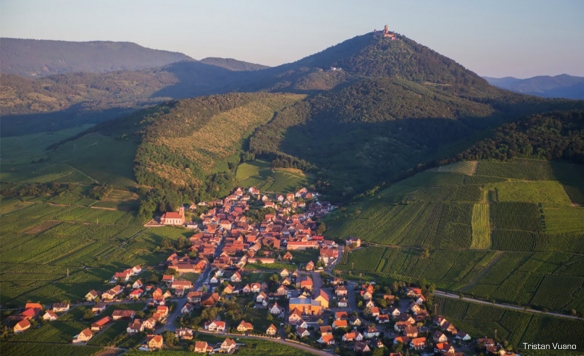 10 generations into their dual inheritance of winemaking traditions, the Allimant and Laugner families have long-lived roots around the village of Orschwiller—set against the picturesque foothills of the Vosges mountains. Since the early 18th-century, the combined estate of 20 hectares has been producing many of the varietal wines listed above. Sylvaner, though, largely remains a mystery to many North American consumers due to its limited production volumes and export—making for an unusual opportunity to get acquainted with the subtle and beguiling charm of Domaine Allimant-Laugner Sylvaner, 2015. If your white wine tastes fall somewhere in the midst of Chenin Blanc, Sauvignon Blanc, Soave and Pecorino, then this offering will assume a satisfying place as an alternate choice. 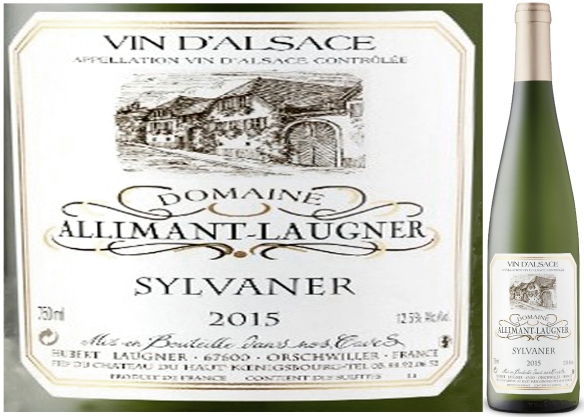 Made in Alsace, France
By: Domaine Allimant-Laugner
Release Date: May 12, 2018

Tasting Note
Though offering little in the way of aromas, the citrus, pear and delicately herbed character of its flavours more than make up for the deficit. Dry, crisp and cooling, this ranks highly as an easy-drinking, warm-weather wine that will add sophistication to patio fare such as arugula salad with grilled chicken, vegetable pastries, poached trout, shellfish, and Pasta Primavera.