Pinet is situated inland some six miles from the coast, bordering on the edge of
Etang de Thau (a salt water lagoon) in southwest France. In spite of a modest
population of 1300, this nonetheless is the heart of the Picpoul de Pinet AOC.
A favourite style of the Emperor Napoleon III, these premium, regionally distinct
wines are made with a lesser-known, golden skin-coloured grape originally called
Piquant-Paul, later as Picapulla and finally now known as Piquepoul. Referencing
the grape’s naturally high levels of acidity with mineral accents, its name literally
translates as ‘stings the lip’ – though it doesn’t really, of course!

Moreover, this lively fruit was traditionally blended with another obscure variety
known as Clairette, creating a tangy wine style called white Picardin – millions of
liters of which were once shipped northwards along networks of canals to Paris
each year. Susceptible to various pests, the vines fell out of vinicultural favour in
the late 19th century. Able to thrive in sandy soils (unlike it’s associated pests),
Picpoul is again resurgent in Mediterranean coastal vineyards that surround Pinet.

Home to the cooperative Cave de Pomerols founded in 1932, this group boasts
320 members and growing, tending to over 800 hectares of highly productive
vineyards in a landscape that is basically a chalky-clay plateau, rich in limestone,
quartz gravel and otherwise covered with Garrigue. This indigenous vegetation
lining the coast, is made up of an assortment of small aromatic bushes, which
like the local grapes have gradually adapted to thrive in the near-drought climate
of summertime. Though challenging, these growing conditions are fortuitously
punctuated by late season humidity, thereby encouraging the fruit to plump up,
reaching full maturity before harvest.

For this week’s DéClassé recommended bottling, this ancient varietal white is a
very dry, citrus-scented wine with a long-standing reputation for being the perfect
complement to shellfish – the wine’s acidity balancing off the saltiness. However,
Picpoul is food-friendly in general and fulfilling when served alone as an apéritif. 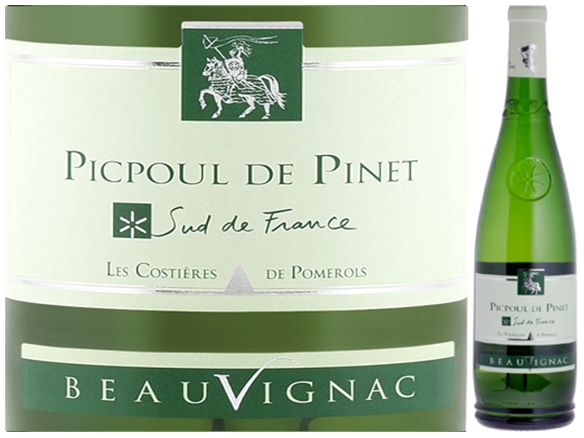 For a family tradition begun in 1889, Carlos and Ana Martínez Bujanda are the
current stewards of an impressive history at Bodegas Valdemar – now rooted
in the pursuit of wine-making innovation on their 1,000 acre estate. Beginning
about 25 miles south of the French border and in the shadow of the Cantabrian
Mountains, the 3 famed sub-regions: Rioja Alta, Rioja Baja and Rioja Alavesa are
clustered around the Ebro River and its tributary Rio Oja. Long considered the
premier source of Spanish wine, local vintners have been practicing and refining
their agricultural art here for well over 2,500 years and counting.

This modern Rioja blend built on an elegant backbone of 80% Tempranillo with
its fruity mouthfeel, will become even more velvety as it ages. Making up fully ¾
of all root-stock planted in this storied region’s vineyards, its name is derived
from the Spanish ‘temprano’ meaning ‘early’ and it does in fact, reliably ripen
quite early. Adding some additional complexity are 10% each of Graciano and
Maturana Tinta. Almost lost as a result of difficult cultivation liabilities including
susceptibility to molds such as Botrytis, these indigenous varieties are seeing
a resurgence of popularity due to the strong aromatic character that Graciano
imparts and the intensity of colour that Maturana provides. As well, both have
a high polyphenol content that promotes better balanced barrel-ageing, which
in the case of this wine’s Crianza designation – means a minimum of 10 months
spent in mainly French and some American (20%) oak.

Ranked #34 in Wine Spectator’s Top 100 Wines of 2013, it’s decidedly a
remarkable showing for an offering under $20 a bottle. This has sufficient body
to hold up well for another 3-4 years – so buy lots and don’t rush to drink it! 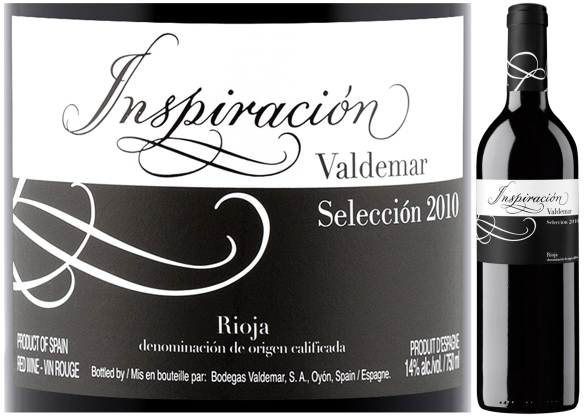 Tasting Note
This is a medium-bodied red with lively acidity, integrated tannins and hints of
both balsamic and spice. Far more polished than one would expect from its
price-point, try serving with braised or charcoal grilled meats and sausages.
Also satisfying as an apéritif with ripe cheeses, spicy tapas and charcuterie.

Here in Baden, in the south-western region of Germany across the border from
Alsace, both Pinot Blanc and Noir grapes are grown on the verdant slopes of an
ancient Vulkanfelsen (volcano) that was bestowed in the early 13th century with
the auspicious moniker: Kaiserstuhl (the Kaiser’s throne). Among many other
surprising attributes of soil and climate, this remarkable region also plays host
to Europe’s largest variety of Orchids, wild Grape Hyacinths and Iris’s!

As for the current range of German wine exports, the industry is still working to
overcome associations by north American consumers – that they only produce
various types of Riesling, particularly, sweeter versions. Gradually, with the help
of Pinot Gris (here also locally known as Rulander or Grauburgunder), the broad
diversification of wine styles being released from the cool cellars of this week’s
DéClassé recommended vintner Königschaffhausen, as well as, from nearby
vineyards of Baden – is tempering and expanding this outdated impression.

Dry, silky, elegant and loads of depth – by comparison, this week’s bottling shows
a level of quality and character that puts most star whites such as Soave, Grigio
or Sauvignon to shame for their lack of distinction. Just released to Vintages,
this week’s recommendation is on many ‘best of the month’ lists, so will require
some Olympian sprinting to get to the shelves before it’s gone until next year. If
you are a white wine lover, don’t hesitate to buy half a case. If you’re among the
pack of intransigent red wine lovers – then only buy 3 so you have something
truly interesting to offer your white wine-loving friends! 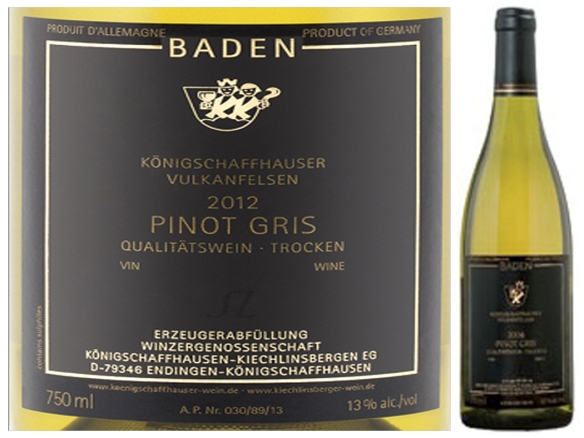 Tasting Note
Delicate floral aromas as well as pear and stone fruits. This dry, mid-weight white
is a fabulous value to serve with cheeses, roast chicken or smoked fish.

Stellenbosch is both a designated wine-producing district and historic town in
South Africa’s Western Cape Province. About 50km east of Cape Town, it dates
back to 1679 when it was founded by the Dutch governor of the Cape Colony
Simon van der Stel. The vines here are planted in well-drained hilly terrain, with
most vineyards lying in sheltered valleys below the Cape Fold mountain range.
The first of this regions vine stock was planted by Huguenot settlers in 1690.
Three centuries later in 1989, an unassuming plot of land that the locals had
dismissed as being ‘vuilplasie’ (dirty little farm) was gradually converted. From
its fledgling vintage of white wines onward, the Mulderbosch winery under the
creative guidance of Mike Dobrovic, has significantly contributed to developing
South Africa’s reputation as a source of world-class wine.

This varietal Rosé is made from the so-called ‘Don’ of red grapes – the compact
black berries of the thick-skinned Cabernet Sauvignon (89%) with small dashes
of Cabernet Franc and Merlot. Harvested somewhat earlier than if destined to
be finished as full red wine, this practice imparts naturally higher levels of acidity,
minerality and brightness to the aromas of the fruit. These resulting qualities
also benefit from a geographic advantage whereby the vines are cooled by a
wind tunnel effect between the surrounding hills, offsetting the often wilting
summer climate. Undoubtedly though, this very dynamic 48 hectare farm has
come a long way in a mere quarter century. Along with attaining critical and
commercial success, the eco-friendly farming strategies employed qualify it as
Certified Sustainable. Moreover, 25% of the property has been dedicated to a
nature conservancy, ensuring that the bio-diversity of indigenous vegetation and
wildlife also continue to thrive.

Apparently, local rumor has it that only Mozart is played in the wine-making cellar
during the cool fermentation process – perhaps imparting some added finesse
and sophistication! All in all, a great deal of investment has been directed into
this modestly priced bottling, which should translate into getting at least 2 – as a
colourful contribution to your upcoming Mothers’ Day celebrations! 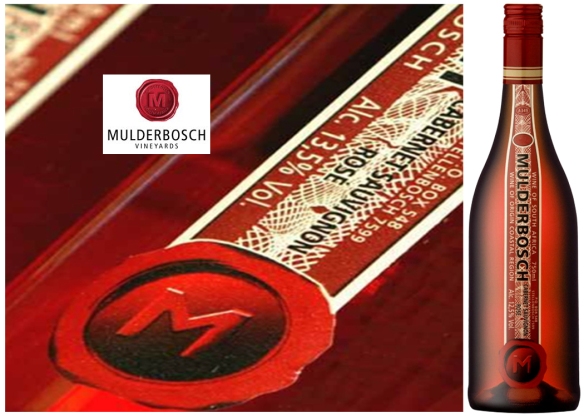 Made in: Coastal Region, South Africa
By: Mulderbosch
Release Date: May 10, 2014

Tasting Note
This is a dry Rosé that’s medium-bodied, full of lip-smacking acidity with ripe
apple, watermelon, strawberry flavours and aromas. Serve this well-chilled to
preserve its crispness as an apéritif or alongside salads, quiche, vegetable
spring rolls and sushi.

Centered in the town of Maipú, at the foot of the majestic Andean mountains
Trapiche is no Argentinean upstart; having received its first international award
in Paris in 1889. From its modest beginnings as a small plot called El Trapiche,
the winery now oversees over 1,255 hectares of vineyards, as well as, working
collaboratively with over 300 local growers. It is also a leading South American
influence in actively pursuing Biodynamic farming practices. Aiming to preserve
the natural balance of both the fruit crops and surrounding ecosystems, they
have gradually eliminated use of chemicals, herbicides and fungicides. This is not
only a pure form of ecological agriculture, but also intends to produce wines that
are more representative of terroir through a less-invasive manner of production.

Cultivation of Argentina’s signature Malbec grape, a hearty, thick-skinned variety
first introduced in the 1850’s by Frenchman Miguel Pouget has gone through
many cycles of being in and out of commercial favour. From the transplantation
from its roots in the French Cahors region to thriving in new world surroundings
in the now famed Mendoza region, this week’s DéClassé recommended, varietal
bottling is 100% Malbec. Harvested from mature, 25 yr.-old vine stock, this is an
example of the Broquel (‘shield’ in Spanish) tier of wines, that are single vineyard
selections from within the estate aged for 15 months in a combination of 100%
new French and American oak barrels.

For bigger-bodied red wine lovers, you’re unlikely to find a more over-achieving
bottle at such a humble price-point. Time to stock up your cellar on a budget
– as this will continue to become even more rounded over the coming 2–5yrs.
If you’re incapable of waiting, then decant an hour or so in advance of enjoying. 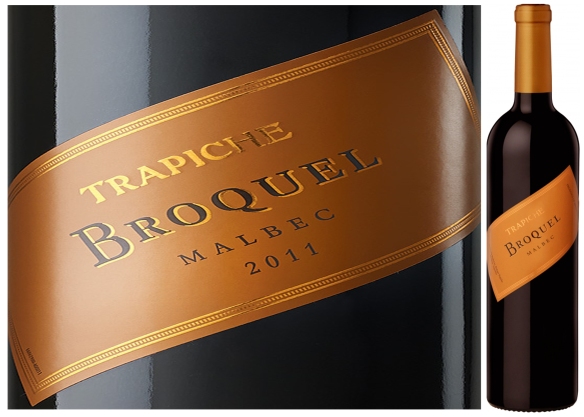 Made in: Mendoza, Argentina
By: Penaflor/Trapiche