Already 1,000 years old in its somewhat current form, this only references the
farm’s contemporary roots, a relative quantifier of fact and point of reference.
Earliest evidence of farming activity here, actually dates back much further to an
Etruscan period, preceding the very earliest, subsequent days of the Roman
age and culture. In turn, this eventually leads up to the tagging of its existence in
940AD in a registry managed under the domain of local, Medieval ruler: Otto IV.

Castagnoli is among the most celebrated estates within the larger Tuscan area,
having enjoyed the attentive development of vineyard and olive groves by noble
families such as Orlandi, Piccolomini and Tempi. Finally, toward the end of the
nineteenth century, the Ricasoli were the guiding hands before it passed into
becoming part of a 5 company consortium: Alimenta SPA, guided by Calogero
Cali. That’s quite a story – built over several millennia of compounding efforts.

The root of this week’s featured wine style: Chianti Classico is the term Chianti
itself. Some evidence suggests it derives from ‘clante’: the name of a person of
Etruscan origin; some believe it’s loosely associated to ‘clango’, a verb in Latin
that reproduces the sound of hunting horns and their announcement of hunting
season in the Tuscany territory. Moreover, the term does demark a territorial
boundary from the outskirts of Siena, reaching almost as far as Florence.

Chianti is Vino Nobile – the king of wines, made with Sangiovese. 100 hectares
of vineyard are devoted to this variety at Rocca di Castagnoli. In this bottling’s
blend are also 5% splashes of other indigenous grapes: Colorino and Canaiolo.
Sangiovese is the most widely planted, red-berried vine in all of Italy. High in acid
content and showing firm tannins, this slow ripening variety benefits from a long
growing season and relatively, delayed harvest. After fermentation, maturation
takes place partly in oak casks and partly in Tonneaux. The latter is a 900 litre,
wood container popular in the Middle Ages, eventually made into the smaller,
¼ size version that is today’s barrel standard.

With winter being hinted at, coming around the next corner, having satisfaction
of this medium-bodied wine will also arrive. You have to get some though, for this
prophecy to be fulfilled. It won’t be on Vintage’s shelves for long. 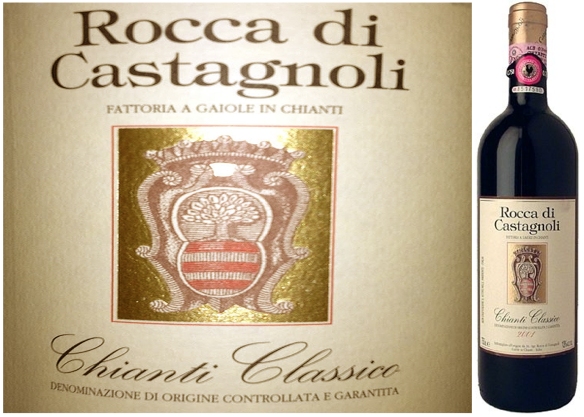 Tasting Note
This is a savory wine with flavours of dark cherries and stone fruit flecked with
notes of dried herbs. Try with roast veal, pork and mushroom or squash risotto.

With a 160-plus-year history, this is Australia’s oldest family owned winery being
founded in 1849 by English brewer Samuel Smith in Barossa Valley. Located in
South Australia’s most famous wine-making region, the winery’s name Yalumba
roughly translates to meaning “all the land around” – in one of the local aboriginal
dialects. Originally, a mere 30 acres of vineyard has grown in diversification and
scale, drawing on the output from choice parcels around the town of Angaston,
also known as’ German Pass’: pioneered largely by German immigrants in the
mid-nineteenth century. 50yrs. onward, the Smiths began development of the
flourishing viniculture that now marks the South Australian region as a whole.

The Viognier grape and its resulting varietal wine, is one of the great stories of
recovery and reemergence from near-extinction. In the early 1960’s, only about
80 acres of vine plantings were still active world-wide, all in a cluster in France’s
Northern Rhône Valley. This week’s DéClassé featured vintner was one of a small handful to re-establish the variety in the Eden Valley in the late 1970’s. Arguably,
in spite of a new-found popularity on its own along with its use as a very common blending component with other varieties such as Marsanne and Grenache Blanc, bolstering texture and deepening colour – it remains a niche variety.

It’s a very difficult grape to grow with consistency, offering highly variable yields
from season to season. Since it’s thick-skinned, it also requires a lot of sunshine
exposure to bring it through to maturity, though not too much, as this results in
an overly ‘hot’ alcohol content. This week’s recommendation strikes the balance
just right: some steelyness, refreshing, while also fuller-bodied and fulfilling.

Get off the bandwagon of the current stars of often less-characterful, white wine
such as the inexpensive versions of Chardonnay and the like. Get a bottle and try
this fairly well-chilled and while it’s young, before heading back for another.

Tasting Note
This bottling is classically typical of the variety. Light, floral aroma and flavour
with notes of stone fruit such as apricot and hints of peach, pineapple and spice
blended into a supple, textured body. Enjoy this somewhat bigger white as apéritif
or with seafood, salads and white-sauced pasta.

Bordering the Cávado River, near Braga in the north-western sub-region of the
larger Vinho Verde DOC, with a damp, near-Atlantic coastal climate, grapes are
grown among forested hillsides that line the misty valleys. Of necessity these are
very fast maturing, fairly fragrant white wine varieties, more-typically cultivated
in an overhead canopy style of trellis, lessening the chance of fungal disease, due
to elevated moisture levels. This vintner employs a lower-level, so-called Unilateral Cordon (or Cordon de Royat in French – who pioneered this method) since these
issues are less-prevalent in the Minho zone.

Winemaker Alavaro van Zeller, has his experienced hands and stamp on this
week’s DéClassé recommended varietal creation using 100% Loureiro grape
content. It’s purported namesake comes from an association to laurel flowers,
acacia, lime and orange blossoms – in the prolific form of green-yellow bunches.
On the heels of a September harvest, the resulting must ferments and is stored
for a time in stainless steel vats to yield up a fresh and crisp wine style unique to
its source vineyards. In turn, these surround the central manor house ‘Solar’ set
in among the woods ‘Bouças’, inspiring this bottle’s catchy title.

Vinho Verde still too often, literally, construed as a ‘green’ wine; it’s more-likely
intending to reference that it is ‘young’ wine – decidedly a key facet of its charm.
Though well-known in Europe, North American consumers have been slow in
coming to appreciate its placement in the pantheon of white wine styles. Low
alcohol content means that it can be experienced and enjoyed in more-liberal
quantity but of course, not without a reasonable restraint!

For added emphasis, this bottling was selected as #1 of 50 great Portuguese
Wines in 2014 by lead editor Joshua Greene in Wine and Spirits magazine. A
significant endorsement for such an affordably priced offering.

Tasting Note
Light, low alcohol, fruity and ever-so sparkling (‘petillant’), this wine has a pleasing
acidity akin to pears with a hint of citrus. Certainly this is appropriate to serve
as apéritif or with all manner of white meats, pasta and fresh fish dishes.

As was mentioned in DéClassé late last year, while announcing the release of
the 2013 Nouveau stock, I promised to eventually feature a more fully aged and
developed version of Beaujolais to remind us that this wine style has a range of
sophistication – beyond the fun, simpler, ‘never been in the barrel’ versions that
appear on the 3rd Thursday of each November. In dedicating this week’s focus on
what is an often charming, medium-bodied wine, I’m also hoping to dispel some
of the dated scandal and derision that resulted in depressed sales of the output
from the Beaujolais AOC during the last 3 decades or so. Due to various follies, including overproduction in the 80’s when the ‘Nouveau craze’ really took hold,
the proud and storied Beaujolais vintners have had to be energetically engaged in
a public relations campaign to re-establish a well-deserved, favourable reputation.

In among 96 Beaujolais villages that are grouped together north of Lyon, in the
so-called gastronomic capital of France, the region’s highest-quality wines are
produced from the ten official ‘crus’ vineyard clusters – one of which is Morgon:
home to some of the 250 associated vintners, collectively marketing under the
umbrella marquee called Vignorons de Bel-Air.

Gamay Noir, one of the predominant varieties grown here, is an early ripening,
acidic type processed using a carbonic maceration method. The still-bunched
grape clusters are layered into fermentation vessels, with the bottom crushed
under the weight of those on top. The resultant juice begins its fermentation,
saturating the must in carbon dioxide. Since the grapes ferment as a whole berry,
this process tends to yield up very bright, colourful wines with low tannin content
along with a markedly, fruity flavor profile.

This week’s selection is the seasonally branded Hiver Gourmand – Silver Medal
winner at the Concours Général Agricole de Paris 2013, where any showing in
the upper 3 tiers of awards is a significant accomplishment for a $18 bottling!

Tasting Note
Plentiful black plum, cherry and some hints of raspberry aromas and flavours.
Earthy with moderately firm tannins and a fine acidity gives it balance. Try with
food fare such as charcuterie, roast veal, duck a l’orange, turkey or goose.