Sangiovese Grosso, Sangiovese Piccolo, Sangioveto ….. is to name just a few of the aliases for this grape and its closely related cultivars; providing the core body for most Tuscan red wine recipes, and still reigning as the most consumed Italian wine style at home and abroad. Dark blue-skinned Sangiovese takes its name from the Latin term, Sanguis Jovis (‘blood of Jove’); an exalted reference to both the elixir’s colour and its place in Europe’s pantheon of great grape species: Vitis Vinifera. It’s also the most widely cultivated variety in central Italy, with prolific vineyards in Lazio, Umbria, Marche and Tuscany combining for 95% of worldwide plantings, which is a largely unrivaled dominance by a major grape, sourced from a single country. Over several hundred years, generations of growers have steadily built up their expertise with ‘San-joh-vay-say.’ Stewarding these slow ripening fruit clusters through to a balanced maturity is an agricultural art that Tuscans have diligently become very, very good at! 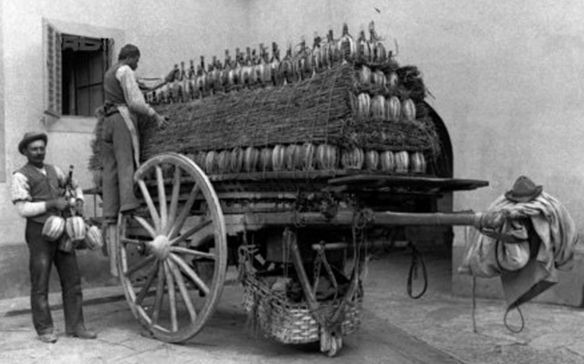 In the vinicultural history of many old world regions, the development of a distinctive wine style that becomes immensely popular, aided by prodigious yields of grapes that are well-suited to the terroir, adds up to a mixed record of glory times and a fair share of winemaking folly. The sometimes too-voluminous output of Tuscany’s Chianti is no exception to the latter. Happily, the decades in the mid-20th century during which large commercial producers let loose far too much unremarkable bulk wine dressed up in attractively rotund flasks swaddled with woven straw called Fiascoes, are long gone. In the 21st century, a re-invigoration of a different sort has taken hold in the baseline winemaking practices of these lands and culture that were the birthplace of the Italian Renaissance. This time, Tuscan vintners are focused on advancing the competitive quality across all grades of their wine; from everyday offerings such as charmingly simple Chianti through to premium production of Vino Nobile di Montepulciano and Brunello. At the core of this shift is the general reduction of harvest yields by the growers who themselves were instrumental in redefining the mandated guidelines of Italy’s highest classification of quality: DOCG (Denominazione di Origine Controllata e Garantita). Now favouring the cultivation of higher quality grapes over the indiscriminate volumes of fruit they were once encouraged to output by the region’s factory-style bottlers, the visionary initiatives have resulted in both commercial and reputational success. Too bad about the demise of the traditional straw wrapping, though, it was so rustically emblematic of Italian table wine for such a long time!

Drawing on over 400 hectares of vineyards throughout the provinces of Grosseto, Florence, and Sienna, the cooperative growers allied with Cantina Viticoltori Senesi Aretini are focused on value-driven wines fashioned from the region’s indigenous grapes. This DéClassé feature of Castelsina Chianti Riserva is a non-estate, well-crafted everyday wine that’s a limited release from the banner 2010 vintage. Despite its fictitious branding (unlike Castellina there is no such place as ‘Castelsina’), this is nonetheless a delightful, medium-bodied Chianti, displaying an integrated character of vibrant fruit blended in among the savoury earth notes. Exercising restraint in the finishing process of wine demonstrates some modern winemaking wisdom. In the case of this bottling, the straightforward recipe of 80% Sangiovese fermented in Inox tanks before spending the 12 months in oak, results in an unfettered and refreshing offering that’s true to its pedigree. Add a $14.95 price-point, and you have a winner that will sell swiftly. I would buy many, to fill the empty slots in your loose-straw-lined storage boxes. The success of this offering will probably prompt a price increase for the next vintage! 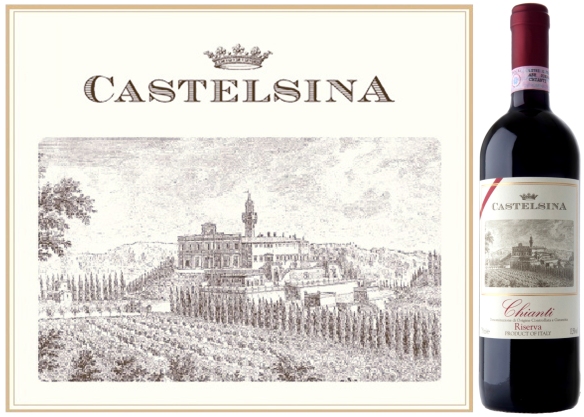 Tasting Note
This medium-bodied Chianti demonstrates the expected combination of plum and cherry flavours and aromas blending with a restrained earthiness and the spice notes gained from its aging in oak. Try serving as an apéritif with salty charcuterie and cheeses such as Pecorino or with heartier fare such as roast lamb with rosemary, rib eye steak with asparagus and a mushroom risotto or Tuscan-style sausages and Fava beans.