In the context of the wine world’s long-established regions, 30 years or so spent labouring on their vineyard tracts barely registers/qualifies as a tradition. At the most, it represents one family generations worth of aspiration, and one cycle of patiently coaxing fledgling vine stock from the nursery through to full maturity in the vineyard — before a definitive evaluation of its success, or not, can be made. Selecting suitable varieties and developing localized cultivars for any given terroir is further complicated in our times due to a shifting climate. For diligent winemakers, there are few shortcuts in this multi-faceted process; it’s a tough, all-consuming vocation where an unwitting miscalculation by one generation falls onto the shoulders of the next to redress/revision over the next 30 years. So perhaps it is with the history of the Pennachetti’s, a very hard-working and inspired immigrant family whose earliest patriarch, Giuseppe, emigrated from Fermo in central Italy to Canada’s Niagara region in the 1920’s. Having broken ground while contributing to the building of the Welland Canal in his working life, he would also go on to establish the family’s first modestly-sized vineyard; as a hobby in his ‘retirement’. Arguably, the misstep was to cultivate Labrusca grapes. Commonly known as Concord, this hearty variety does produce good table grapes and sweet juice but doesn’t have the capacity to yield premium wine. However, what was gained in the experiment, was the training of his grandson, Leonard Pennachetti, in the rudiments of viniculture! 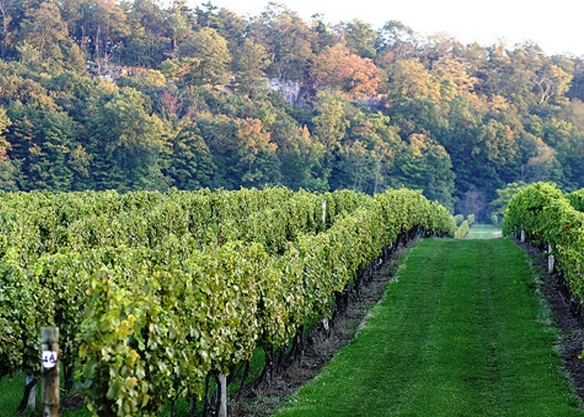 What is true of one family’s challenges and hard-won experience in developing their winemaking business, is generally true for the larger region; particularly, if it’s an emergent one. What’s far more established, rising upward just inland of the Lake Ontario shore, is a 450 million-year-old geography called the Niagara Escarpment. With an overall length of 750km, the section closest to Niagara is a fossil-filled prominence whose eroded Limestone hillsides and lake-tempered climate combine as desirable conditions for grapevines. If you’re a variety called Gewürztraminer, and if you’re lucky enough to be grown in the Beamsville Bench area, then you’ve found your paradise. Moreover, if you end up in a bottle labeled Cave Spring Estate Bottled Gewürztraminer 2013, then you’ve become a compelling example of all that’s right about your new home and those who are responsible for steadfastly having made it so – the Pennachetti’s.

Anointed as the ‘King of aromatic grapes’, Gewürztraminer (‘spicy Traminer’) is a hybrid variety that evolved from a more neutral parent, Traminer, in France’s Alsace and Germany’s Pfalz regions. Along with distinctive aromas and flavours, this white wine’s deep yellow colour and golden highlights result from the surprising red skin of the fruit. Early-ripening, it does well in cooler climate terroirs, though does develop more robust flavours in slightly warmer regions. As evidenced in this bottling, the Niagara zone lies somewhere in the middle. I’m thrilled to feature a wine that satisfies the strict DéClassé criteria of being ‘noteworthy and overachieving in the $15 – $18 price range’. Here, this is undeniably the case, thanks to the long-term commitment by the …………! 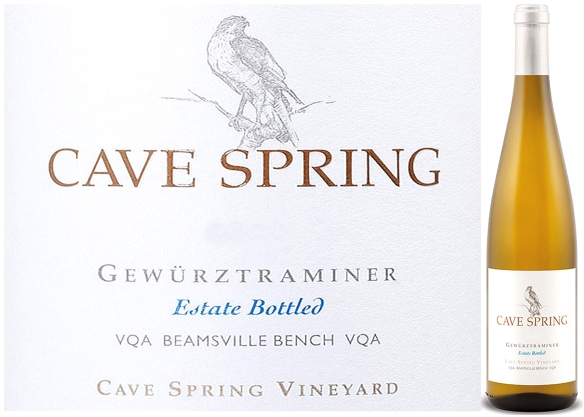 Tasting Note
This ‘new world Gewurtz’ is pleasingly restrained and balanced. The winemaker has settled on a medium-bodied version that has most of the tell-tale traits such as rose, lychee and orange zest aromas, stone fruit flavours accented by citrus and spice, and just enough of the viscosity that one expects in this varietal wine style. Serve well-chilled as a compliment to a variety of Asian cuisine including grilled cilantro chicken, Pad Thai with shrimp, hot and sour soup or with Italian fare such as pasta carbonara, and brie, speck, and porcini pizza.